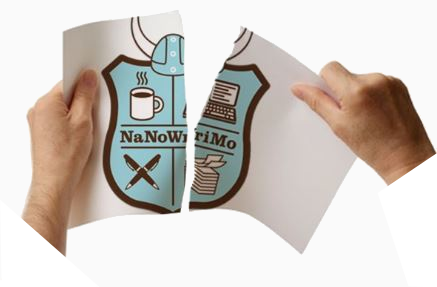 Bored, I played with the sugar packets on the table. I said, "What really breaks my heart is how the divorce hurt my kids. I always tried to put them first."

Bob said, "Well, I heard that usually a couple staying together just for the sake of the kids is actually worse than if they just divorced."

I said, "That's a bullshit rationalization from people who are too lazy to find constructive solutions to their problems and too fucking selfish to think of their children because they're acting only in their own self-interest."

Bob didn't take it personally. "Hey, whatever, I was just saying, man." He gestured to our waitress who was busy at the other end of the bar washing glasses or something. "What do you think of her?"

"Angela?" I said. Whenever I saw some hot young lady with whom I'd like to have awkward and inhibited sex in-the-dark for the first 20 or 30 times we did it after what would already have been months of awkward and inhibited dating, I called her Angela as an homage to Angela Hayes in the movie American Beauty which was one of the best fucking movies of all time.

I said, "Oh, I can tell just from our short interaction when she took our order, that even though she's not all that hot, we are still very similar, two peas in a pod....she will be mah lahf partner!" (my life partner)

"What? The similarities? Well, for example, she's an atheist. I'm an atheist." I said.

Bob looked skeptical, "How do you know that?" he said.

"Because when I asked for no relish on my burger, she mentioned that modern religion is nothing more than a bunch of retards pledging their fealty to a zodiacal symbol."

We both chuckled. Bob said, "I don't remember that. But, anything else?"

I said, "And I am in a miserable loveless marriage to an overweight bitch. You know ... similarities like that."

We both laughed. Then we kissed. For a long time. Presently the waitress noticed us and came over and said, "Ummm. Yeah, stop that."

"Sorry" we said in unison and we meant it, but Angela still walked away with a disgusted look on her face. Bob said, "What was that?"

"I hear you," said Bob. "but why do you always drift over to homoerotic content? The stuff you're having me do to you, it makes me uncomfortable. I'm not even gay."

"I'm not a gay either!" I said, just a tad too quickly. "I just thought it would be funny, you know - a little off-centre but funny. Besides, you can do whatever you want, Bob."

"Oh can I? I'll let you in on something you already know, Arne - I HAVE to do what you write. And let me tell you, you've had me do some pretty crazy shit over the last month, NONE of which I would have done if I were writing this piece of crap." Bob slammed his fists on the table and the heavy cutlery clattered loudly. Everybody stared.

"Arne, what the fuck are you talking about?!" Bob roared. "This is a STORY you are writing, the cops will only come if you write them to come. Everything here is a figment of your imagination, including ME and the words I am screaming right now! Bob stood up and stared down at his shit-stained pink tutu. "Like this shit. What the FUCK are you doing?! Stop doing that!" He paused as if noticing the situation for the first time, then he sat back down, resigned. "Look Arne, it's surreal. For a month you've been writing me doing this to you or doing that with you. Now you write me as realizing that I am being written and realizing you have written the fact that I realize. It's just too confusing." He reached down and picked up one of our forks from the floor. "And why the hell is there heavy cutlery like this in a burger joint?"

"So, it's not funny at all?" I said. I felt like crying. I wasn't a writer. Even the characters on the pages rebelled against me.

Bob softened. "Look Arne, maybe you should stop trying to be the person you are not and instead celebrate what you are, a middle-aged, latently homosexual, rock star who can really hold his beer and cocaine, much to the admiration of all who meet you." He paused again looking pissed off. "I wouldn't have said anything after the word: "homosexual" if you hadn't made me, you asshole."

"OK Bob" I said. "I'm almost done for today anyway. Let me make it up to you with these last few words I have to write. I know you can't tell me what you want because you are merely a character in my shitty novel and therefore you have no free will. But I think I can guess how you want this to end, and I think it has something to do with a big boat in a sunny locale, a pile of booze, and a supermodel hanging off each arm."

"A FEMALE supermodel hanging off each arm." said Bob, smiling again. "That would certainly be a good start to a great ending, Arne."

I said, "OK then!" and from beneath the table I pulled out a Savage Arms 10-gauge over-and-under shotgun and pointed it at Bob's face. Savage Arms guns may not be good quality or even shoot straight, but at this range, none of that mattered. I pulled the trigger and Bob's surprised face instantly dissolved into a fine spray of bone bits and brain matter, covering everything and everyone in the diner.

"No one calls me a homosexual," I said in my best Dirty Harry impersonation. My eyes drifted down to my word count.